Acupuncture – What Is It?

For centuries people have been trying out all sorts of different methods so that they can achieve optimal body functions. While modern Eastern medicine often uses various pharmaceuticals in an attempt to get that job done, many ancient cultures have experimented with success to find alternative forms of medicine and healing. One of the most popular methods for such things, reaching back from thousands of years ago to be embraced by millions of people today, is known as acupuncture. 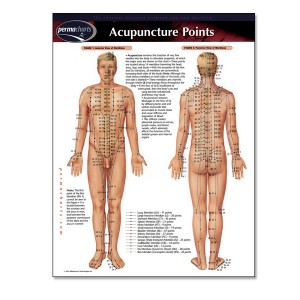 Acupuncture is a lot more relaxing and gratifying than the description sounds. Although it involves using very tiny needles and having them inserted into various parts of the body by a professional acupuncturist, it can be quite rejuvenating when done correctly. The basic gist is for the “patient” to have a fully customized experience, with each needle being placed at varying depths and on very specific nerve endings. While modern medicine cannot quite explain how or why acupuncture works, there are noticeable benefits to having it done which cannot be denied.
When acupuncture is performed correctly, sterilized needles are always used and the environment in which the procedure is done is a calming one. Unlike typical healing techniques, acupuncture has no real anatomical proof that it works. Regardless of that fact, people from all walks of life have been using this holistic brand of treatment since long ago.

Exploring the Rich History of an Ancient Art-form

While you might be able to get acupuncture at your local spa these days, there was a time when it was considered a holy or noble art form. As most historians agree, acupuncture originated in China a few thousand years ago. This rich tradition, which hinges on the Chinese theory of chakras, energy meridians, and physical lay lines, has since been widely accepted by many other cultures from around the world as a viable means of healing and relaxation.
In fact, the use of acupuncture can be seen as far back as several hundred years ago in places such as Eastern Europe, India, and Africa. Once the twentieth century rolled around and news of practices from far off lands spread more rapidly, acupuncture began planting its roots in the United States and Canada. Now, modern people from all over the globe are becoming more curious about the pros and cons of this rich, ancient form of physical healing.

As stated, experts are still not quite sure how acupuncture works. In fact, today’s medical professionals remain in debate about whether or not such energy medians even exist in the body, as theorized by the ancient Chinese developers of acupuncture. Despite the controversy, those who undergo acupuncture are typically happy with the positive physical and mental side effects resulting from a single treatment. Acupuncture actually offers several amazing benefits to a person’s overall health, regardless of its lack of scientific backing for those claims.
Interestingly, a well-performed acupuncture procedure can render a person completely relaxed, free of pain, less nausea, and/or more easily able to deal with the side effects of other medications or treatments (namely chemotherapy). In fact, it is often suggested by modern physicians that certain patients try acupuncture as an effective supplement to their regular treatment plan, and it can often be found as a tool for those suffering from an addiction as well. It can also help with treatment for any type of  an auto accident. Since there are very few negative side effects associated with acupuncture, it is widely considered a safe and holistic approach to improving one’s health and quality of life.

Favorably, there are very few drawbacks to having acupuncture, unless of course you are someone who only uses scientifically-backed techniques. Having such an effective means of natural healing is quite an advantage to some, but other people find qualms in the way the overall procedure is performed. Because acupuncture uses needles, those patients might find that the entire process is off-putting and not relaxing. Professional acupuncturists are usually quite informative about the best ways to overcome this moderate concerns.
In addition to being a procedure that takes some getting used to, slight local irritation may also occur on those who have extra sensitive skin types. However, a licensed acupuncturist will use clean equipment and might even offer you topical products that help fight that side effect. Other than those few minor drawbacks, professional acupuncture is considered to be as harmless as it is effective.

While considering acupuncture, you might run into some people who are skeptical about it. This is quite common when dealing with a procedure that is both unfamiliar and unlike anything else. A lot of people are afraid to get acupuncture because they believe that it will hurt. This is simply not the case. In fact, the standard needles used in acupuncture are so small that they can hardly be felt by the patient at all. On top of that, a professional acupuncturist will always know how to place the needles in strategic places which do not cause any pain or discomfort, but instead provide the opposite effect.
In some places, getting acupuncture can be relatively expensive. However, due to the influx in popularity over the last few decades, it is now possible to find acupuncture at a very reasonable price if you go through the right source. The most common criticism about the cost of acupuncture is centered on the speculation that it simply will not work and will be a waste of funds. Despite the debate, those who have experienced acupuncture typically claim that it was well worth the money.

While there are plenty of healing and treatment options out there, one can hardly argue that the existence and continued practice of acupuncture for thousands of years speaks volumes about its effectiveness. Still, in order to be safe and well-informed, it might be a good idea for you to consult with your doctor before experiencing acupuncture. When you do decide to go for it, be sure you opt for a professional acupuncturist to perform the procedure. 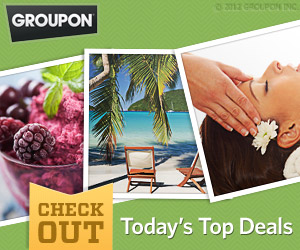